The Ecovie holistic education center of Saponé in Burkina Faso, whose
secondary school opened in October 2018, aims at educating future World
citizens, honest and creative, who can succeed in whatever they undertake in their private and public lives.

This, in order to contribute to the advent of “a planet Earth of love, justice, fairness, tolerance, cooperation and peace, in which honest, hardworking, creative women and men, in healthy mind and body, live in fraternity and in harmony with their ecosystems “.

In the medium term, in addition to the secondary school, the Complex will
include:

What makes some people succeed in all areas of their lives (professional, family, community, financial, etc.) and many others face regularly ignorance, misery, conflict …)? What makes some companies/organizations, nations, even devoid of natural resources, developed while others, surrounded by wealth, languish in ignorance and misery?

One may think that it is a chance or a divine will… Maybe. But we know that “If a partridge dominates its sisters, it is because it is perched on a termite mound” African wisdom.

Those who succeed rely on something that others ignore or misuse. They know that there are principles, laws, universally recognized rules that make it possible to succeed in one’s life.

The Schools of Life (Ecovie, www.ecoviebf.org) have been created to accompany candidates for success in discovering and applying these principles and laws.

He has extensive experience in training at over 150 conferences and seminars in more than 50 countries on all continents.

He is author of several publications including the 5 volumes of the series ‘Is there a pilot on the plane?’ Co-published by Editions’ Jouvence (Switzerland) and sold in Europe.

Florence Kaboré currently in service at the Goughin Mixed School
(Ouagadougou), has been a teacher of French since 1990.

The trainings and books of Ecovie deal mainly with good governance:

The courses (and books) have for target:

But in terms of change of mentality, “it is difficult to straighten a dry stick “. Also, in plus of the adults and youth (popular education), the second target group of Ecovie is children, more receptive to innovations.

Burkina’s current educational program derives from colonization, which mainly trained clerks and auxiliaries of its administration. Despite the reforms introduced since independence, the Burkina Faso school continues to produce graduate (and not graduate) job seekers. Each year, more than a million candidates compete for less than ten thousand jobs offered by the Public Service1.

Since private enterprises employ less than the Government, most out-of-school youth (whether graduates or not) have to cope with the rural informal economy, which is becoming increasingly urban. Clearly, they must create (small) businesses to self-employ and give work to others. But most of them lack entrepreneurial skills … and personality.

Also, while business opportunities exist on the continent – where everything is to be built or rebuilt – and the (financial and human) cost of
the migratory peril can create profitable businesses in rural areas, many out-of-school and Graduates daily challenge the Saharan desert, slavery in Libya, makeshift boats in the Mediterranean, often failing on the beaches of Lampedusa. Others drown in bathtub booze and knock-off liquors; if they do not let themselves be seduced by the theses of violent extremists. In addition to the insecurity caused by terrorists, Burkina Faso authorities faces growing incivism.

This situation is partly due to the fact that in the school curriculum, the teaching aspect (theoretical) takes precedence over training (technical) and especially on education, on the acquisition of human skills, values like the Love (as a superior value and attitude in life), integrity and honesty, faith and self-confidence, selfknowledge and self-control, courage and perseverance, entrepreneurship, the ability to take risks, to communicate well and to get along well with others.

What makes a person competent is his knowledge, his know-how (skill) and
especially his attitude and behavior. This is confirmed by many studies among them the one by the Carnegie Institute of Technology of the United States, which concluded that: “even in purely technical occupations like engineering, success is due for about 15% to technical skills and 85% to human skills, to personality and leadership qualities “.

Ecovie is leading the children in developing/reinforcing their human (self,
relational and organizational) skills.

We firmly believe that, beyond degrees, the school must prepare the child for a successful life. Also, in addition to the official Government program, the Ecovie Complex will offer students and their parents courses that will allow them to develop their personalities and their leadership qualities, their entrepreneurial abilities and their awareness of sustainable development.

Ecovie holistic Complex will accompany children to discover the success
principles (self, relational and organizational governance) through programs that they shall democratically designed and managed and through problem addressing/solving.

In addition to academic standards/success and the excellence already offered by some schools, in addition to small numbers and personalized support for students (especially those in difficulty), the new discipline called CLE-Vert (C for Creativity), L for Leadership, E-Vert for Green Entrepreneurship) will also deal with citizenship education, violence prevention, health education, sexuality and the prevention of risky behavior from problem solving and children needs.

For example, the program democratically adopted for the first quarter for

this topic is:
• A new discipline: CLE-Vert
• Renewable energies: the benefits of solar (before the installation in the
School of solar electricity that students followed);
• Green construction (before the construction in the Scholl of the
Agrosylvopastoral Headquarters to which the pupils will take part);
• Composting and techniques of manure pits;
• Waste management (before the installation of two bins, one for
biodegradable waste);
• Basic human needs and Entrepreneurship
• The rules and laws that enable success

It combines theory classes in classroom with practice in the field, mainly in the Space of creativity and green economy (E-cevert).

The Space of Creativity and Green Economy (E-cevert: the part of the school
where students experience what they learn in class and in life) is divided into two related entities: the creativity and innovation pole and the agrosylvopastoral farm.

a. The pole of creativity and innovation includes (as a first step):

Each entity will be headed by a manager, technician of the domain recruited for this purpose.

In addition to the E-cevert tools, the Complex will develop partnerships with model producers in the town and surrounding areas. These producers will share their experiences with students, at their workplaces and in the Creativity and Green Economy Space.

Agrosylvopastoral production will start with simple actions, according to the principle of ‘always doing its best with the available means’.

The practice in the field will link the school to production and the usual living environment of the children. One of the reasons for the rural exodus is that the school prepares for wage labor in the city and that for some, settling in the countryside is a sign of failure.

It will help students discover other trades and professions than those offered by the Public Service and will promote the detection of vocations and talents and early career guidance.

Each child outgoing Ecovie Holistic School will be able to do something with his ten fingers, produce and / or distribute goods and services that meet human needs, develop a life plan, a career plan and a business plan.

He will behave well, behave well in front of others and his environment, in order to succeed in what he will undertake and his relationships.

A cultural and artistic education (ECA) completes this Ecovie extra. It is also a theoretical and practical teaching which, at first, would allow students to better know their culture and those of others and cultivate tolerance and be prepared for a world (globalized) culture.

This education could lead to sharing and twinning with other schools in the
country and around the world.

The content of CLE-vert will be enriched by the parents of pupils, the teachers, the pupils themselves, the administrative and support staff, and sharing experiences with other schools in the town, but also other alternative schools. In general, Ecovie education is a partnership between the school, the parents and the community.

With the hope that this innovative initiative will become a model of alternative education to be improved by other promoters.

The (future) Institute of Integral Success of Saponé (IRIS3)

The final objective of the project is the creation of the Institute of Integral
Success of Saponé (IRIS, 35 km south of Ouagadougou), which, in addition to the complex of holistic education (preschool, primary, secondary) and its Space of creativity and green economy, will include:
• a personal and organizational governance center that will train (popular education) leaders for economic organizations (entrepreneurship), political
(parties and regulatory institutions) and social organizations (associations);
• A Physical and Spiritual Wellness Center, to unwind away from the city, to rest, meditate, relax;
• An Intercultural Encounter Center for a better knowledge of other cultures and promotion of universal values and lessons learned.

At this point,
 a 9.51 ha site was acquired in 2010.
 Three classrooms of the first educational block (which has six) are built
and equipped.
 The space of creativity and green economy (E-cevert) is being finished
with the creation of the orchard and the construction of the polytechnic
workshop, housing the Head of the agrosilvopastoral farm (in progress).

To reduce costs and in application of the course on green building seen in class, these buildings will use clay bricks. The foundation, the poles and the chaining will be in reinforced concrete. 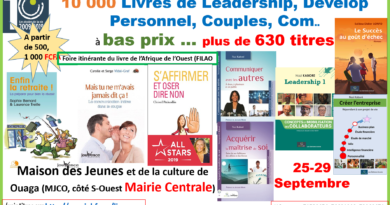 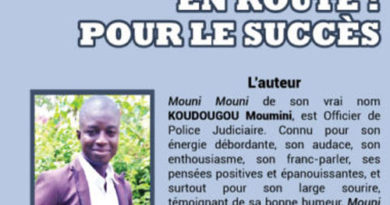 The Schools of life 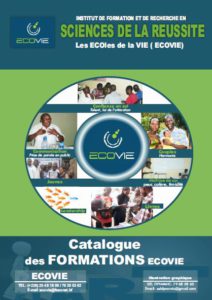 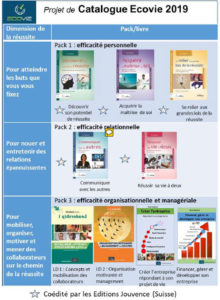